Living in San Francisco we are lucky enough to live in such a mild climate but the winter’s chill is not something I personally look forward to. Yes, it is a magical feeling wandering around Union Square, the Christmas decorations lit up in every shop front, people laughing as they stumble around the ice skating rink and the general holiday spirit that fills the air, but coming from Australia, I still crave some good old fashioned beach action. So this year we decided to escape the cold and jet off to the Bahamas for Christmas.

As I mentioned in my earlier post the decision to travel to the Bahamas was decided based on certain criteria. Most importantly, due to our fascination and passion for festivals… and we were not disappointed but more of that in another post.

Last year I decided to make an effort to stick to some specific airlines in an attempt to work on my frequent flyer miles and improve my status. Well, after a couple of trips back to Australia in 2013 I reached Silver Status with United Airlines and this would be my first trip traveling under that status. Our itinerary had us traveling from San Francisco via Denver and Newark to Nassau. The connections would be tight but the cost of the flight made it worth the risk…. or so we thought.

We were delayed out of San Francisco resulting in a 20 minute connection in Denver. To make matters worse, it had been snowing so we had to make a run for the gate. Luckily we made it, just in the nick of time and the remainder of the journey was smooth sailing since New York was experiencing unusually warm weather. That is until we arrived in Nassau. After clearing customs we made our way to the baggage carousel to collect our one and only checked bag. You know where this story is going right – yup, after watching everyone collect their bags we had nothing.

There are many lessons that can be learned from travel mishaps and the biggest lesson learned from this was to always pack a some spare clothes in your carry-on bag. I am currently working on a post about lost luggage so I won’t go into too much detail here but let’s just say that I wasn’t going to spend much time on the beach in pants and a jacket. I needed to buy some shorts since our bag was set to arrive the next afternoon.

Our bad luck was soon forgotten as soon as we left the airport looking for a taxi to take us to our hotel. While we had been waiting for our bag to arrive the rest of the passengers on our flight had been grabbing every available taxi which left only a limousine for us. The chauffer explained it was our lucky day and said that he would drop us off at our hotel for the same cost as a taxi… SCORE!

We spent four nights staying at the Melia Nassau on Cable Beach and set out on our relaxation quest. All I wanted to do was relax at the beach or by the pool, read a book and write.

One of the main things that grabbed me from the very start of our trip was how “American” the Bahamas seemed to be, especially considering that just 40 years ago it was part of the British Commonwealth. I guess the influx of American tourists arriving by the boatload everyday have strongly influenced the country.

Walking around downtown Nassau we couldn’t help but bump into tourists coming off one of the many cruiseliners docked in port. Clearly this has played a massive role in shaping the country since declaring independence. You don’t need to look far to find a McDonalds or a Starbucks. Even the ATMs let you take out US dollars, which are accepted at every store and even on the local buses or street vendors.

Don’t expect a cheap holiday in the Bahamas – everything needs to be imported and with the current tax system prices are inflated. Then on top of that, be prepared to see a 15% service charge mandatorily added at the end of your bill. Let’s face it, you are not coming to the Bahamas for a cheap trip but if you are looking for magnificent beaches, luxurious hotels, luxury yachts, plenty of comfort food and unending watersports the Bahamas has you covered.

The major drawcard over the last few years has been the incredible Atlantis Resort on Paradise Island. This 5-star resort is perfect for families with so much on offer for the kids including a 141 acre water park and marine habitat. Of course, the adults haven’t been forgotten either with tennis courts, a gold course, 21 restaurants and 19 bars. Also with gambling being legal in the Bahamas it seems like every major hotel has its own casino.

One of the attractions that we were keen to check out was the Dolphin Experience. Having just watched the controversial documentary Black Fish, I was a little hesitant about visiting this marine center located just off Paradise Island on a blue lagoon.

Again I want to give this experience the attention that it deserves so I will be writing a full post outlining our private tour around the facilities in a future post. For now, let me say it was one of the best animal encounters I have ever had and I assure you that these animals are well taken care of in a wonderful environment. Lisette was even lucky enough to get in and swim with the original star of the movie Flipper.

One of the best meals we had in Nassau was at Frankie Gone Bananas. This local restaurant is situated in Fish Fry, a small square of Bahamian restaurants just to the west of downtown. You can take a local 24 seater bus from Cable Beach or downtown for the bargain price of $1.25 each way.

The staple food in the Bahamas is the conch (pronounced conk). The best way to have it is as deep fried conch fritters or in a conch salad. I would describe the taste as similar to calamari. Fish Fry is a great place for dinner, with a decent selection of restaurants and bars serving fresh food. One warning is to be patient though – service in the Bahamas is notoriously slow, as we found. Also be aware that the majority of restaurants (except Frankie Gone Bananas and Twin Brothers) don’t have a restroom, although there is a public toilet just across the road.

When in paradise, drink a tropical cocktail! Anything with rum is acceptable here but the Bahama Mama was our cocktail of choice on this trip. Here is the recipe – Bahama Mama Recipe.

The main reason we chose to visit the Bahamas was for the Junkanoo festival that happens on Boxing Day and New Years Day in the early hours of the morning. For the first parade we made a rookie mistake and arrived waaaay too early at around 7pm. We went and purchased our tickets for the bleachers and met our new best buddy Geron.

Geron is a local Bahamian who was working at the Junkanoo ticket sales office and he was so amazingly helpful to us. He gave us all the tips for where to sit, explained everything I needed to know about the festival for my Fest300 article and even went so far as to generously give us tickets for the New Year parade.

Keep an eye out for my next post which will be a photo journal from both Junkanoo parades, including a video I am currently editing. If you happen to be in the Bahamas over the Christmas/ New Year period I strongly suggest that you check out Junkanoo as it was the best carnival parade I have ever been to.

Diving with Reef Sharks in Freeport

If you want to get close to more marine life, the Bahamas is also a great place for snorkeling or scuba diving. We flew to another island, Grand Bahama and stayed in the main town, Freeport. There, Lisette spent one afternoon diving, where she checked out a little wreck, saw a lot of fish and a ray – but the highlight was a close encounter with a black tip shark, which came close enough to pat and smile at. If you’re lucky, you can see anything from a lemon, bull, tiger, hammerhead, Caribbean reef, silky, nurse or black tip shark. You never know what could suddenly appear from the deep…

There are multiple dive shops all offering the chance to swim with or even see shark feeding. We chose a small operator – Jerry and Presley have been running Caribbean Divers in Freeport for 13 years. While there are only two of them doing everything from driving you to/from the hotel, helping you suit up in scuba gear and taking you out on the dive, they were incredibly knowledgeable, professional and reliable the entire time. And it made for a much more memorable and personal experience swimming with only four other people.

When our trip had come to an end we were both pretty tired and started to prepare ourselves for getting back into the daily routine that we had left behind. Unfortunately the story doesn’t end there….

On arrival to the airport for our flight home we were told that the flight was delayed. First just a little then an hour and finally when it did arrive they discovered a flat tire so ended up canceling the flight altogether. Right about this time we had been watching the news reports of a massive blizzard that was due to sweep across the east coast of America.

To cut a long story short we were given a hotel voucher and some food vouchers and told to come back the next day. Luckily I had a friend at United who helped rebook us via Newark. By the time that we arrived in Newark the snow had started and we were getting worried we wouldn’t make it home. Fortunately, after nearly two days of stunted travel we were sitting in first class (got an upgrade) and en route home with memories of the paradise we had just left. 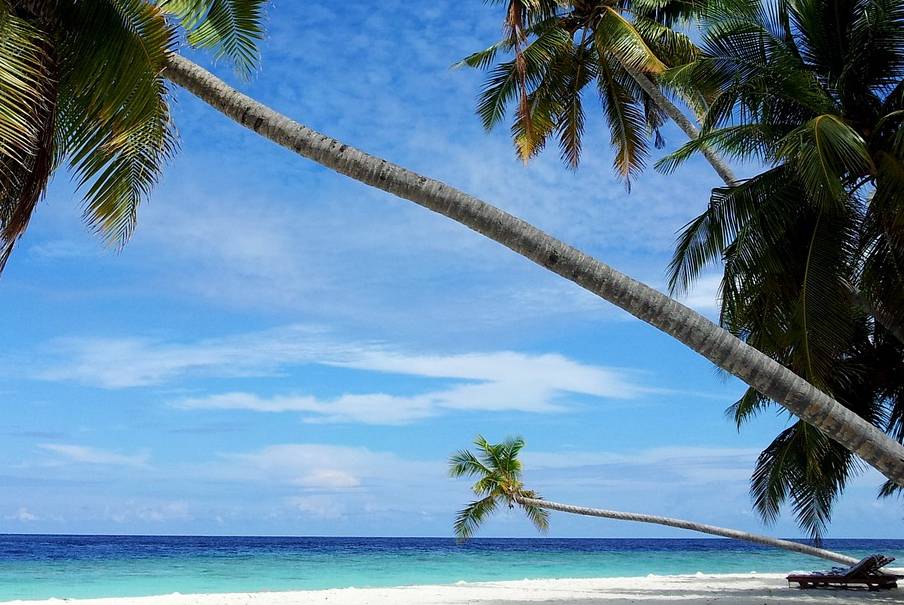 The Maldives on a Backpacker Budget 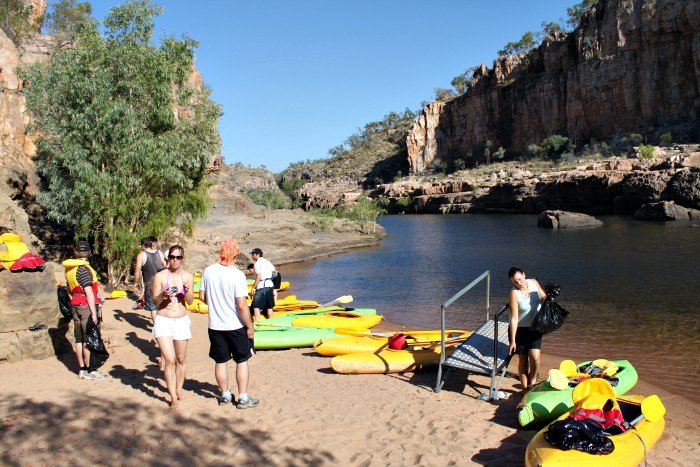 One thought on “A Bahamian Christmas Adventure”