The Running of the Bulls is a must see for many tourists that involves running in front of six bulls and a number of steers that have been let loose, on a course through the streets of Pamplona. The running in Pamplona – Spain is the most famous running  locally known as San Fermin, although there are other runnings held in towns and villages across Spain, Portugal, and in some cities in Mexico and southern France, during the summer. Unlike bullfights, which are performed by professionals, anyone may participate in an encierro.

According to the Spanish the running first began in North-eastern Spain during the early 14th century. While transporting cattle in order to sell at the market, men would attempt to speed the process by hurrying their cattle using tactics of fear and excitement. After years of this practice, the transportation and hurrying began to turn into a competition, as young adults would attempt to race in front of the bulls and make it safely to their pens without being overtaken. When the popularity of this practice increased and was noticed more and more by the expanding population of Spanish cities, a tradition was created and stands to this day.

The celebration is dedicated to Pamplona’s very own Saint Fermin, who was killed one morning back in the 4th century by bulls that dragged him through the streets of the old town, reportedly after a few too many sangrias.

While the excitement and hype of this event draws thousands of tourists each year injuries are common and participants are often gored or trampled by the bulls, whose hooves grip poorly on the paved or cobbled street surfaces.

To enter you must be over eighteen and “get in” before 7:30am. It is against the rules to run under the influence of alcohol, although most of the participants I see have rocked up after a massive night of partying and are clearly under the weather. Really the only other rule is that you mustn’t run in the opposite direction of the running (but seriously who would want to do that).

A double wooden fence is used along the course where the streets permit, while in other parts the buildings of the street act as barriers. The idea is that there is just enough room for a person to slide through but not enough for a bull. Some of the fences are permanent fixtures for the entire 9 days while others are mounted and dismounted every morning.

I have arrived the night before day 2 and already the town is buzzing with excitement. I have driven my car here from San Sebastian and find it extremely difficult to get a parking spot for the day so I can look for a place to stay…yea that’s right I didn’t book a room.

After searching all day for a bed unsuccessfully, I am forced to sleep in the car tonight. It’s a looooong night…..

When dawn finally breaks I am up and strolling through the streets. To my surprise, there are thousands of drunken people still wandering about from the night before… I wonder if they will make up a portion of the runners.

Having researched a little about the running I position myself nicely on top of a gate at the second turn. This turns out to be a great spot indeed! Before the runners can enter the course the officials hose down the streets to wash away the filth (a combination of alcohol and pee).

The anticipation builds as we draw closer to the start and I can see the nerves appearing on the faces of the runners as they jockey for position along the course in front of me. The first rocket is set off at 8 am to alert the runners that the corral gate is open. A second rocket signals that all six bulls and six steers have been released.

At first the collective crowd slowly edge forward but it’s not too long before there are people sprinting past me and I catch a glimpse of the first of the six bulls. Along with the bulls there are a number of steers, whose primary function is to keep the pack moving forward and prevent any of the bulls from turning. On this occassion however they fail and one of the bulls has turned and I watch as it lines up a young guy and pins him to the barrier. It’s one of those train crash moments where you can’t look away but his screams confirm his servere injuries.

After the event I go and take a look at the carnage from the incident and you can see from the picture the two distinct gore holes where the bull has pinned the guy. There is also a lot of blood on the ground….. I decide in this moment not to run tomorrow.

Without a doubt, this is one festival not be missed! Backpacking in Greece – A Country Full of Adventure 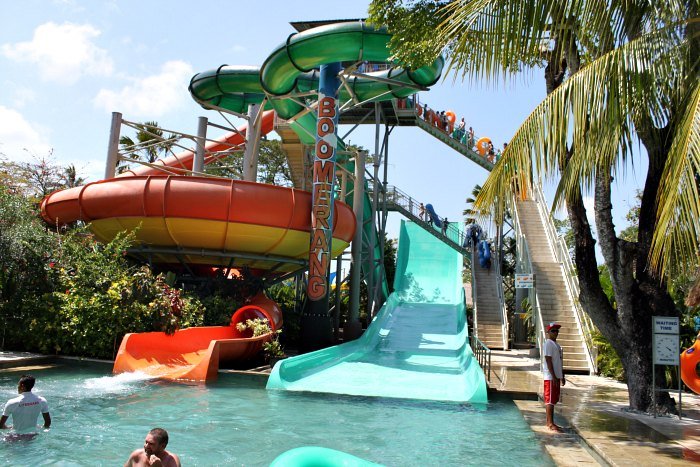