After an 8-hour flight from San Francisco, we arrived at Keflavik before the crack of dawn, groggy but excited to embark on a two-week adventure around Iceland. The airport, while relatively small, shows small signs of a country that has been hit with a deluge of tourists – from the areas being constructed to accommodate more foot traffic, to the multiple billboards advertising everything from Icelandic yogurt (skyr) to the über touristic Blue Lagoon.

It’s also upon arriving that you immediately notice how expensive everything is – particularly food. Sure, airport food is always marked up but when you buy a small pastry for US$7 even that’s excessive by international standards. But of course, in a country that still continues to form through volcanic explosions, glacier avalanches and harsh winters, it’s no wonder that consumable items don’t come cheap.

Keflavik is about one hour away from the capital, Reykjavik, and the best way to get into town is by FlyBus, a passenger coach. From the bus terminal in Reykjavik, we changed to a mini bus which then dropped us off at our AirBnB around 7am, located right in the center of the city.

We were excited to stay in our AirBnB, our home for the next week, which we would use as the base for multiple activities and tours – including snowmobiling up the second largest glacier in Iceland, Langjökull, to snorkeling between two tectonic plates. Iceland apparently buys the most books per capita in the world and our hosts certainly supported that statistic. Their living room had a floor-to-ceiling, wall-to-wall bookshelf stacked full with books in Icelandic and English.

The home was cozy, with well-heated rooms that meant that wearing shorts and a t-shirt indoors (despite it being a mere 2 degrees Celsius outside) was possible. People don’t sleep with a top sheet, so each bed had a duvet on it for every person (Icelandic couples don’t share), which proved to be incredibly hot the more you settled into it. We woke up in a pool of sweat the first night, not realizing how warm the covers become. It was like they were made out of some magical material that absorbs your body heat to stay warm as long as you sleep.

With so many waterfalls and glaciers throughout the country, Icelandic tap water is the purest in the world to drink – so do visit Iceland with an empty water bottle so you can fill it up virtually anywhere. Hot water is powered by geothermal hot springs, which have the intense scent of sulfur (not harmful) – so be prepared to smell rotten eggs while you shower!

Two-thirds of Iceland’s population (about 200,000 people) live in Reykjavik, and the city is very easy to explore on foot. The streets are flanked by stores targeting the omnipresent tourist – from the shops advertising Icelandic wool sweaters, to English, Irish and American-style pubs and bars serving everything from fish and chips to hamburgers. We stopped at a café for lunch and were treated to an expensive (but delicious) BLT sandwich and coffees (including a

We stopped at a café for lunch and were treated to an expensive (but delicious) BLT sandwich and coffees (including a licorice flavored brew – if you’re a licorice fan you’ll love it here, they seem to put it in everything from ice cream, chocolate, and even popcorn)!

The city is very artsy – there are countless murals around the city, and street art is rife. The houses have a European flair to them, with colorful houses popping out even against the bright blue sky (we were lucky with the weather, I imagine the colors are essential during the grey and long winters).

We checked out Hallgrimskirkja – the tallest church in Iceland and flanked by an imposing Viking statue. The interior has a minimal design like most Lutheran churches, and also houses an impressive organ with 5,275 pipes that are 10 meters long. You can also take an elevator ride up to the top of the church to see breathtaking, 360-degree views of the city – including geysers in the distance puffing up wisps of hot air into the sky.

Along the water’s edge, we found Harpa, a beautiful building that shimmers with its fish-scale shaped glass windows. Construction was paused during the height of the 2008 financial crash, but the Icelandic government decided to complete it and it’s now home to various operas, conferences and musical performances. You can enter the building for free, sit on one of the cushy seats inside and see the city sparkle from within. Walking further along the water, you’ll also find Solfár, a striking sculpture of a Viking ship that glimmers by the water’s edge.

On the weekends, there’s a flea market a few blocks away from Harpa, where you can sample Icelandic delicacies. We tried more licorice and pastries, as well as Hákarl – Greenland shark. Not for the faint hearted, the shark needs to be fermented for six months underground to be edible – and still has the strong smell of ammonia as you put it to your lips. It has a rubbery texture to boot – no wonder you need a shot of Brennivín (traditional Icelandic schnapps made from corn and accented by caraway seeds) after eating it! Besides shark, you can also purchase other meats, such as lamb, horse, whale, and salmon.

While food is expensive (even the 7/11 convenience store variety), if you’re a foodie it’s worth splurging one night at a restaurant such as Grillmarkaðurinn, particularly if you have a lot of people. We dined on incredibly tender lamb shanks, gorged on herb encrusted gourmet potatoes and indulged in a decadent dessert that included a ball shaped chocolate that melted once the caramel sauce was poured over it. Make sure to also try a hot dog – they’re apparently “world famous” and are lamb-based, with a mixture of pork lamb and beef, with toppings including onions, fried onions, ketchup, mustard and remoulade, a sauce made with mayo, capers, mustard, and herbs.

For the museum buffs, Iceland caters to all interests – from the historical and cultural Húsavík Whale Museum (Húsavík) to the niche Industrial Museum (Akureyri) to the downright quirky Phallological Museum (Reykjavik). We checked out the Reykjavík 871±2 , a Settlement Exhibition, which is atop Viking ruins, that goes into great detail on Viking life when they first settled in Iceland.

We were fortunate to be in Reykjavik during prime viewing season. Around 10pm on three several nights, we saw the northern lights dancing around the city, shimmering with shades of green and white, and underlined with tones of purple at times. Reykjavik even imposed a city-wide lights out night from 10-12pm one night, so that people could enjoy the northern lights without any artificial light pollution. That night, the lights flickered on and off at different intervals, while we waited under the cold night sky, marveling at how fortunate we were to see such a natural phenomenon but also at how small we are in the universe.

We were fortunate to be in Iceland during the start of prime viewing season for the Aurora Borealis, commonly referred to as the Northern Lights. Around 10pm on three several nights, we saw the northern lights dancing around the city, shimmering with shades of green and white, and underlined with tones of purple at times. Reykjavik even imposed a city-wide lights out night from 10-12pm one night, so that people could enjoy the northern lights without any artificial light pollution. That night, the lights flickered on and off at different intervals, while we waited under the cold night sky, marveling at how fortunate we were to see such a natural phenomenon but also at how small we are in the universe. 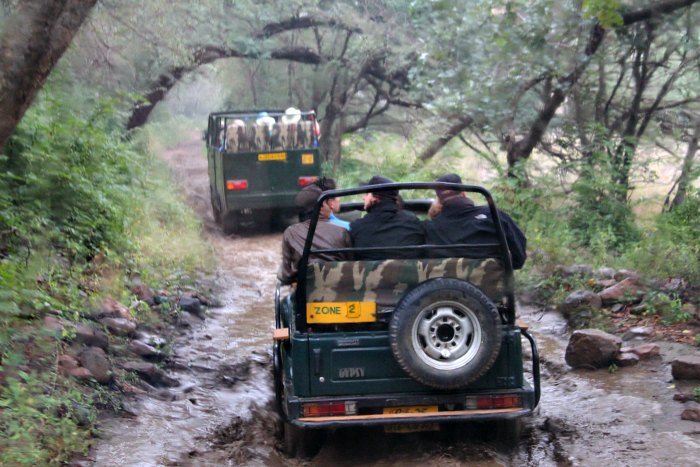 Ranthambore – In Search of a Tiger 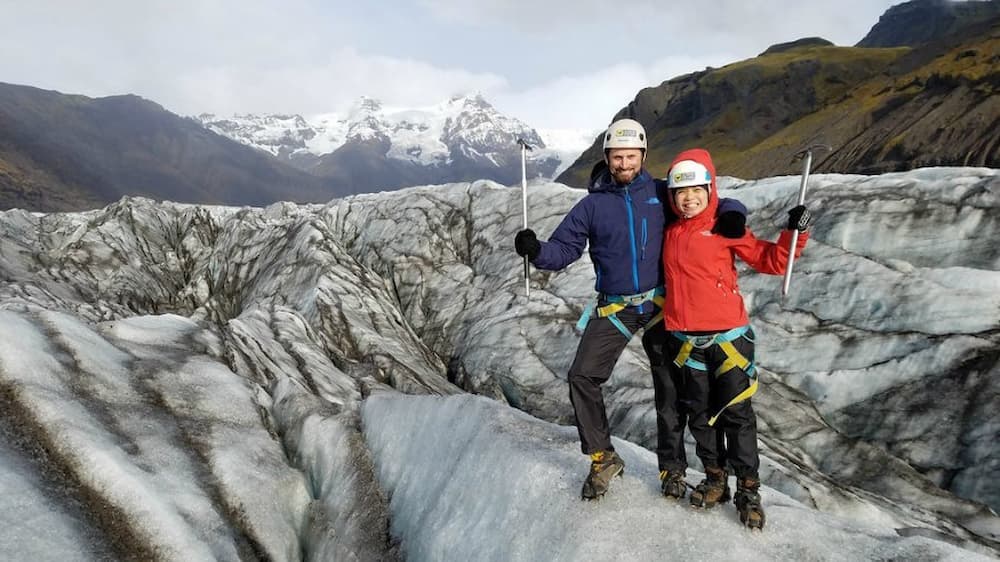