It’s not too often that you get to meet someone who truly challenges your outlook on life and makes you want to make a difference. Rob Greenfield is one of those people and we got to have a chat with him about his philosophies on sustainable living, travel and a bunch more.

Rob’s life could be considered pretty extreme. Some would call him a hippy, living a simple self-reliant existence and dedicating his life to education and giving back, both for the environment and the people he meets. This scruffy looking guy has traveled the world sure, but it is his positivity and desire to make a change in the world that drew me in.

He wasn’t always an environmentalist though…. as you can see from the timeline below, he was your average teenager. Rob had your typical aspirations – “I wanted to be rich and to own lots of really impressive things”. After traveling the world he says he “… gained an appreciation for how diverse and immense the world is and a desire to protect it”.

In the following five years, he sold his car and bought a bike, downgraded his possessions, got a vasectomy, bought a tiny house and started his new life.

Rob has ridden 7,563 kilometers (4,700 miles) across America, often eating from supermarket dumpsters, in an effort to bring attention to the enormous waste of food in today’s’ society. In 2011, he created The Greenfield Group, a marketing company with a sustainable initiative.

Since then, Rob has gone a year without showering and vowed to donate 90% of any money he makes to non-profits. His story has been covered by many of the major media outlets as he spreads his message of ‘doing good’.

He is also an avid adventurer, setting challenges many would never dare. One of these ‘challenges’ involved flying to Panama City with just the clothes on his back and his passport. He managed to make his way back to his home by taking on odd jobs and through the generosity of the people he met along the way. All this, through countries that have a bad public reputation when it comes to traveler safety.

That’s exactly what he loves doing – education by breaking misconceptions.

Our Interview with Rob Greenfield

BT: Your driving passion to ‘do good’, how did that all get started?

Rob: In 2011 I started to watch a lot of documentaries and read some books and realized that things aren’t all going so swell on earth. I learned that so many of my little daily actions were causing destruction to the earth around me both near and far. I decided I didn’t want to do that anymore so I had to unravel my life and then put it back together in a way that aimed to be beneficial to the world rather than harmful.

BT: What’s the most rewarding thing about the way you are living your life? Is there anything you would change?

Rob: What I find beautiful about my life is that I no longer live a life of separation. I don’t have a different ‘me’ that I put on for business, for family, and for friends. I am myself no matter where I am and this is a huge relief. I have nothing to change in my life right now.

BT: Can you tell us a little more about the causes are you currently promoting or involved with?

Rob: I make sure that I don’t get stuck into just one cause because I want to always look at the greater picture of what is going on. My overall goal is to wake people up to how our lives impact other people, other species, and the earth as a whole. So I focus on all the things we deal with on a daily basis including food, waster, energy, waste, and transportation. I do a lot to inspire people to ride bikes and drive less, grow food, eat a plant-based diet, and live a less wasteful life to give you a few examples.

BT: What habits can we as travelers change to be more environmentally conscious?

Rob: I just wrote a guide on my blog called: How to Reduce your Impact when Traveling. It’s a must read for anyone with that question. My greatest (and most fun) suggestion would be to plan adventures that are designed to be more earth friendly in the first place such as traveling from organic farm to organic farm, volunteering on environmental projects, cycling across your country, or going on a great hike!

BT: What does living off the grid mean to you?

Rob: The definition of off the grid is “not dependent on public utilities, especially the supply of electricity.” That’s me spot on right now. I harvest rain water for all of my water needs and have solar panels to create my energy. I have no connection to the water or energy grid. Those are the fundamentals of being off the grid.

BT: Is it true that you haven’t showered for over two years?

Rob: Yes! Instead, I go for a swim in a natural body of water. The Pacific Ocean is cold right now so it’s a bit of a chore but it’s something I really enjoy. If I don’t go to a natural body of water I’ll use about a half gallon of water from the sink. January 15th is my 1,000th day without a shower and I’m thinking about ending the streak. We’ll see though.

BT: You are an advocate of ‘dumpster diving’, can you tell us a little more about that?

Rob: Actually I’m primarily an advocate of not putting any food in the dumpsters in the first place. 1 in 7 Americans are food insecure while we waste enough food to feed another entire American population. Children are going to school hungry, too hungry to concentrate on studies, elders are at home with seriously rumbling stomachs, all while $165 Billion worth of food is wasted per year in my country. I dumpster dive to create visuals of how much food is wasted and encourage this food to be donated rather than dumped.

This video shows pretty well what I’m up to:

BT: It seems you live a pretty nomadic life. What effect has that had on your relationships?

Rob: I have no strain on any of my relationships. I am present with the people I am with while I’m with them and I have countless healthy relationships. I don’t get beef from anybody that I’m not around so everyone seems happy just to spend time together when they either visit me or I visit them.

I have a girlfriend and we recently spent 75 days on different continents. It was tough but well worth it.

BT: Many of your major adventures have taken place throughout the United States yet you have traveled extensively around the world. Do you recommend people step outside their own country and if so, why?

Rob: I absolutely recommend that people travel outside their own country. I think most racism, sexism, religious segregation, and fears of other cultures stems from a sheltered life and not branching out beyond what a person knows. Traveling the world has the ability to shred that apart in a matter of months and turn someone into an accepting and compassionate being.

Traveling, in my opinion, is absolutely one of the best investments someone can make with their hard-earned money.

BT: Finally, many people are looking for ways to cut their costs when they travel. What tips can you give the readers for traveling on a tight budget?

BT: Ok so you’ve cycled across America and visited six continents, what’s the next adventure in store for Rob Greenfield?

Rob: My girlfriend and I are going to be traveling Central America for 3 months and then the USA (and the world) indefinitely starting this spring. I plan to be in the service of others that I meet while expanding my own horizons as well. 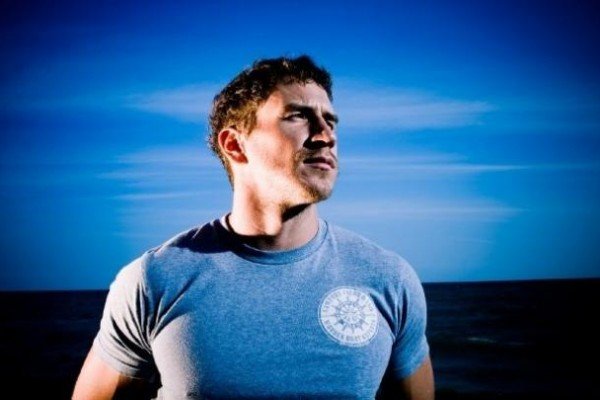