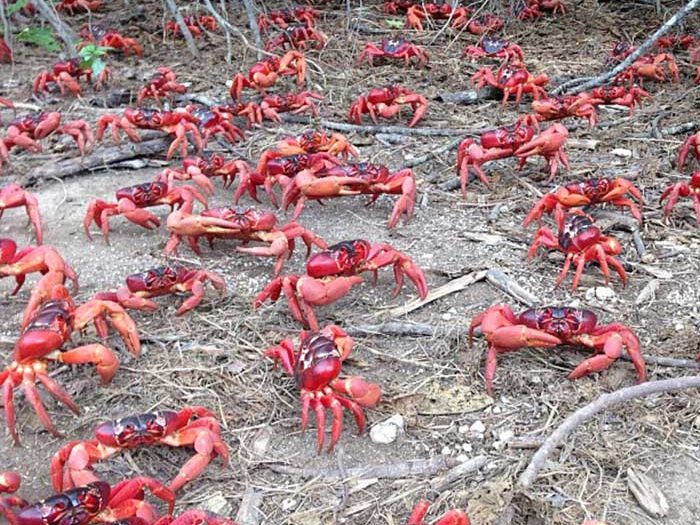 When: October and November

During breeding season swarms of crimson-colored crabs head for the coast to lay their eggs in the ocean. On their way, they cross roads and dodge many obstacles and try to avoid dangers such as cars, pets, and birds. More recently they are facing a much larger threat from an exploding population of the yellow crazy ant, an invasive species accidentally introduced to Christmas Island and Australia from Africa.