I discovered Kien Lam the same way as most of you would have recently after seeing a post on Facebook simply titled “Time is Nothing – Around the World Time Lapse”. Being an avid traveler and having a fascination.

Being an avid traveler and having a fascination with time-lapse movies I clicked on the link not knowing what was to come of it.

When the video started I so was captivated by the combination of beautifully captured images and delicate musical accompaniment that I was mesmerized and totally fixated on the screen. Having traveled around the world myself it brought back many memories of my own adventures and drew me in further and further emotionally.

When the video was over I played it again, then one more time, just to feel that magic of ‘wanderlust’. I then had a quick search around to try and find out more about the creator Kien Lam.

A couple of days later I decided to send an email to Kien asking for a brief interview about his adventure. I didn’t expect a reply as by now the video had gone viral with nearly a million views and coverage across most major media. I was very surprised when I received an email back the very same day accepting my invitation.

Before we get started here is some important  information regarding Kien’s trip and the movie.

Now if you haven’t already watched the movie I would suggest that you do so now before reading the interview below.

Our Interview with Kien Lam

BT: So what made you decide to take a year off and go traveling?

Kien:  I wanted to travel for more than 2 weeks at a time. Whenever I used to visit a country and meet other travelers, I was always envious that they had 2 months or 6 months or a year to travel. My entire “vacation” or “travels” was just one of a long list of places they were visiting on one trip. I felt like I wanted to do it now, rather than put it off for later.

BT: How did you pick the places that you wanted to visit?

Kien: That was hard. I wanted to start in London to see some friends and then follow the sun and warm weather. 2010 was a particularly cold year in San Francisco and I just wanted to go where it was warm. I had places I wanted to visit and made my decisions from country to country as I arrived.

BT: What got you into photography and have you had any training? If so, what?

Kien: I took an introductory photography course my freshman year in college and joined my college newspaper after that. Having access to professional equipment and shooting real events taught me a lot about photography. The rest I learned on my own through shooting and a lot of trial and error.

BT: When did you decide on doing the time lapse and what gave you the inspiration to make the video?

Kien: I had the idea for this project right before I left while trying to come up with a way to capture this amazing adventure I was soon to embark on. I wanted it to show what I saw when I had traveled before: the people, the traffic, the energy and even just the pace of the place. More importantly, I wanted to put it together in a way I could share with my family and friends in a few minutes rather than having to show them thousands of pictures that would no doubt bore them after the 15th photograph.

I was inspired by other time lapse videos I had seen and Matt Harding’s dancing videos. That video introduced me to so many new places and definitely inspired me to continue to travel. I wanted to be able to do the same, if somehow the video was able to reach many people.

BT: How much time did you spend on average at each location making the time lapse?

Kien: I spent as little as 3 minutes and as long as an hour shooting. Most of the time, I spent about 3-10 minutes shooting each scene. I shot whenever I saw something beautiful that had movement.

BT: Were there any situations where you did a whole time lapse and then didn’t use it?

Kien: Definitely. I shot at least over 150 scenes. Some of it didn’t make it to the final cut because it was either similar to another scene shot at the same location, or I overestimated the amount of movement there would be during the elapsed time.

BT: How difficult was it to edit the raw images and create the final movie? How long did that take and how did you co-ordinate it with the music?

Kien: It took me quite a while to organize, select, and edit just the photographs. After that I spent time learning how to work with video editing software to sequence each set of images and play with the speed.

My brother and I worked on the music after I finished a general cut of the video. We tried many different compositions and experimented with different combinations of scenes to get something that would fit with the scene changes. When we had a near finished song, I synced everything to the beats and we made the final adjustments from there.

BT: After you watched the final cut of the movie did you think it would be as much of a success as it is now?

Kien: I was very happy with the final cut and hoped that people would find it compelling enough to an entire 5 minute video and like it enough to share it with others. I am absolutely amazed at the success of the video and the global media attention it has received.

BT: And finally, how does it make you feel knowing this movie has viral and inspiring others to travel?

Kien: It’s awesome. I’ve been getting so many emails from people telling me their story, asking for advice, and simply writing to tell me that they loved my video and it was inspiring to watch. I try my best to answer every person message or at least refer them to my Travel FAQ on my site where I’ve answered some popular questions about the trip.

I would like to personally thank Kien for taking time out of his day to answer my questions and can’t wait for his next installment.

How did Kien’s movie make you feel about travel? 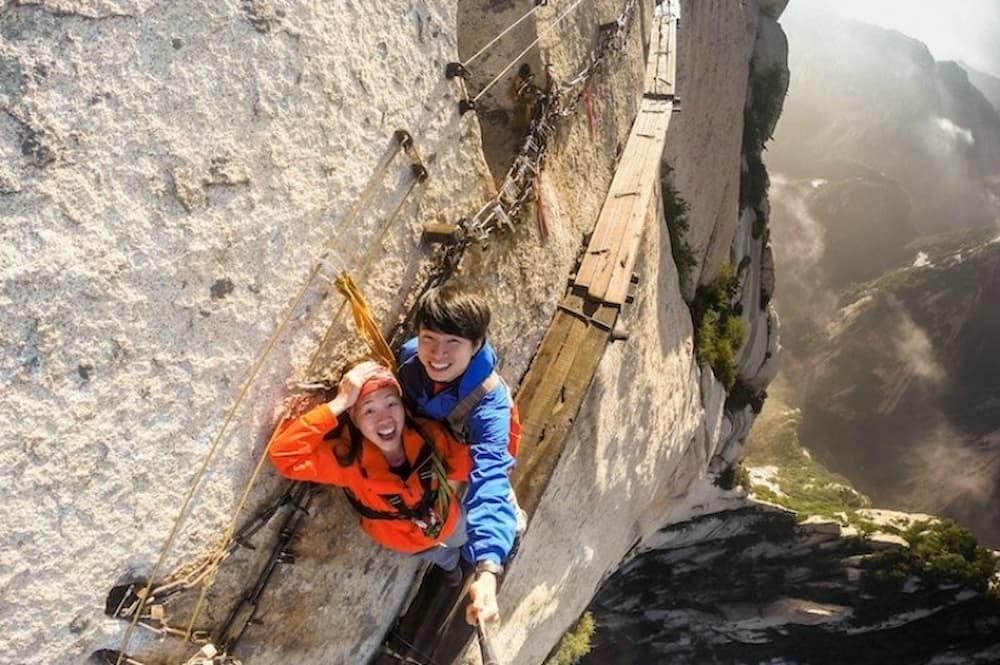