There are countless sensations and noises involved in the operation of an aircraft before, during, and after a flight. Modern airplanes are highly complex machines with an array of moving parts that make noise and have attendant sensations.

The noises and sensations experienced in flight will be expounded upon a logical order from the start to the finish, with the endgame of helping a new or nervous flier get a greater understanding of the processes of flight and what to expect.

At the gate, the airplane may shake, whirr, and whine. The shaking and banging sounds often come from cargo being loaded in the cargo bin located below the cabin and in the aft (rear) fuselage (towards the tail).

Located in the tail of most aircraft is a small jet engine called an APU (auxiliary power unit). The APU provides electrical power and air conditioning on the ground. Being a jet engine, the APU makes a characteristic jet engine noise that one may hear from the cabin.

Before taxi begins, the APU air conditioning air is diverted and employed to spin the engines during engine start. When this happens, the air coming out of the vents may momentarily cease, but should return after the engines start.

Here is a video of the Boeing 747 APU start-up

2. Taxi to the Runway

On the taxi to the departure runway, the APU is able to provide the source of air for the air conditioning or the air can be transferred to the engines. When this happens, there is a momentary change in the intensity of air coming out of the air vents in the cabin (called gaspers). The momentary result is less air coming out of the gaspers and less air noise, followed by greater air quantity and noise.

When the airplane is minutes from takeoff, the flaps and slats will be extended. These devices are located on the front and back of the wings and help in lift production for takeoff. Different airplanes will have different noises associated with their use.

There are four key sources of noise and sensations from takeoff. These include the engines, flaps, landing gear, and aerodynamic noise. The engines create strong accelerations, similar to pushing the pedal to the floor in an automobile. This is completely necessary, as the engines need to propel a lumbering aircraft that may weigh over a million pounds to speeds of approximately 170 Miles/hour (274 Km/hour) in a short distance. The noises that are heard from the engines are the result of the shearing of air-masses. Simply, the high-speed air coming out of the engines is smashing into stationary air outside and it causes noise.

The landing gear has similar noise emanating from them as the flaps, since they are both hydraulic powered. Sometimes, the landing gear will have a loud thud associated with extension or retraction. There is one key difference between the flaps and the landing gear; after takeoff, the wheels of the airplane will be stopped as they are retracted. As a result, there could be some strange groaning noises from the brakes as the wheels are stopped before they retract into the wheel wells.

This is what takeoff looks and sounds like from the cockpit

The only real change in sensation from the climb is from the transition through 10,000 feet. At this level, the airplane will normally speed up significantly. This increase will increase the aerodynamic noises in the cabin. In addition, it is possible that the airplane engine noise will increase as the pilots increase thrust for the climb. The signature sign that passengers can use to know when the 10,000-foot transition occurs is the chime. The chime is used to signal to the Flight Attendants that the airplane is above 10,000 feet, which is the minimum altitude where they can begin servicing the passengers in the cabin.

Click here to hear some variations of the chime.

Aerodynamic noise is simply the noise from air molecules striking the airplane body (also called a fuselage). The faster the airplane goes, the more aerodynamic noise will be heard in the cabin. The airplane will accelerate to a maximum of 250 Knots (which is equal to 287 Miles/hour or 463 Km/hour) after takeoff. Below 10,000 feet, the Federal Aviation Administration requires speeds of 250 Knots or less.

Leveling off is when the airplane stops climbing and maintains a steady altitude. During takeoff, and also landing, the plane will often perform maneuvers known as “step climbs” and “step descents”. This process is given by air traffic control to avoid other aircraft in the area and can be seen in the following diagram.

During level-off and when the aircraft reaches cruising altitude, the engine noise is significantly reduced. This can be alarming because it can get so quiet that it sounds as if the engines ceased operation. Don’t stress, this is most likely just a reduction in thrust due to a combination of thinner air (providing less resistance) and less power needed to maintain the cruising altitude.

Descent is much of the reverse process of the climb. Engine noise reduces, so that the airplane will not accelerate as it “slides” downhill towards the destination airport. When the airplane approaches 10,000 feet, the airplane also has to decelerate to meet the 250-knot requirement discussed earlier.

Since modern jet aircraft are built for minimum drag and are not amenable to slowing down, devices called “flight spoilers” may be employed to help it slow. These devices (sometimes referred to as “the boards” by pilots) are symmetrically situated on the tops of both wings and help spoil the lift and increase drag, thus slowing the airplane down. The most important aspect to remember about the flight spoilers is that they will induce an audible rumble and vibration in the cabin. Flight spoilers and ground spoilers will also be used on landing to help slow the airplane but do not have much of a sensation associated with their deployment.

Flight spoiler deployment on an Airbus A320

As with takeoff, the airplane will need the flaps for better wing lifting ability at low airspeeds. Jet aircraft wings are designed for high-speed flight. Flaps are needed to keep the speed at which the airplane can land at to a minimum. Without flaps, landing speeds would need to be increased significantly and the resulting needed runway length could double or triple! This reduces safety margins and would require more robust and heavy tires and brakes, decreasing the amount of revenue-paying passengers the airplane could carry and increasing airplane costs.

Flaps and landing gear will be extended for landing approximately 2-5 minutes from landing with the same noises and sensations described above. When the landing gear is extended, there are about 1-2 minutes before touchdown. The way the landing gear sensations differ from flap actuation is that occupants will note the change in sensation coming from the underbelly of the airplane.

Once the wheels have touched down on the runway the pilot will reverse the engine thrust to help slow the aircraft quickly on the runway. During this process, the engines will sound like they are speeding up and you will feel yourself being forced forward in your seat due to the rapid deceleration.

The best bastion in the fight against passenger anxiety is getting a better understanding of the process of flight. As hopefully demonstrated, a high degree of technical knowledge is unnecessary to understand noises and sensations of flight but knowing what to expect during flight will go a long way to pacifying your anxiety.

If one fact was gleaned from the preceding reading, it should be this: during takeoff and landing, the airplane’s systems will be operated to a greater degree and, as such, there will be an increase in noises and bodily sensations during these periods.

Possibly the best gauge if you are feeling uneasy is to take a look at the Flight Attendants. If a look of fear exists in their collective eyes, it may be good reason to begin to hold some apprehensions. It is much more likely that the Flight Attendants will appear as calm as a vacationer relaxing on the beach in the Seychelles. This Flight Price Will Make You Say WOW! 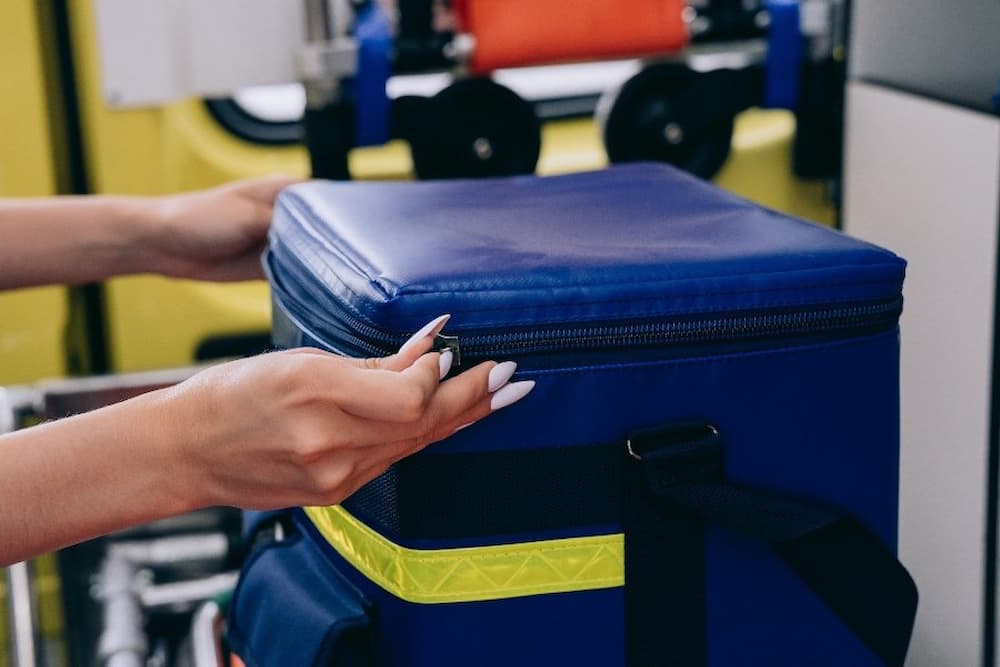 How Traveling Can Boost Your Kids Foreign Language Skills?

21 thoughts on “Airplane Noises Explained for the Nervous Traveler”